The sun has a temper and often unleashes it in the form of solar storms, which spew gobs of plasma swarming with charged particles that can seriously mess with satellites, internet and GPS on Earth.

With all the destruction these fiery tantrums are potentially capable of, could they actually trigger a tsunami on Earth?

The short answer is not directly. For a tsunami to be unleashed on Earth, there has to be an earthquake rumbling below the ocean floor that displaces water and generates a colossal, ultra-fast wave through the entire water column, according to the National Oceanic and Atmospheric Administration (opens in new tab) (NOAA). Such earthquakes are caused by the same type of tectonic plate movement that makes volcanoes erupt and cities tremble. But however terrifying it may seem for Earth to get lambasted by plasmatic winds from a solar flare (an intense burst of electromagnetic radiation from the sun) or coronal mass ejection (a giant cloud of electrically charged particles from the sun moving at high speeds), those forces cannot directly cause an actual tsunami to rise up from the bottom of the ocean.

Nevertheless, some researchers argue that solar storms may indirectly lead to tsunamis on Earth.

Related: Could a solar storm ever destroy Earth?

Scientists agree that solar storms can generate tsunami-type shock waves or “solar tsunamis” that wreak havoc on the sun rather than Earth, as NASA reported when the phenomenon was caught by its Solar Terrestrial Relations Observatory (STEREO) in 2006. This shock wave, also known as a Moreton wave, was powerful enough to compress and heat up hydrogen and other gases in the sun until the entire star was burning brighter. This happened in only minutes. 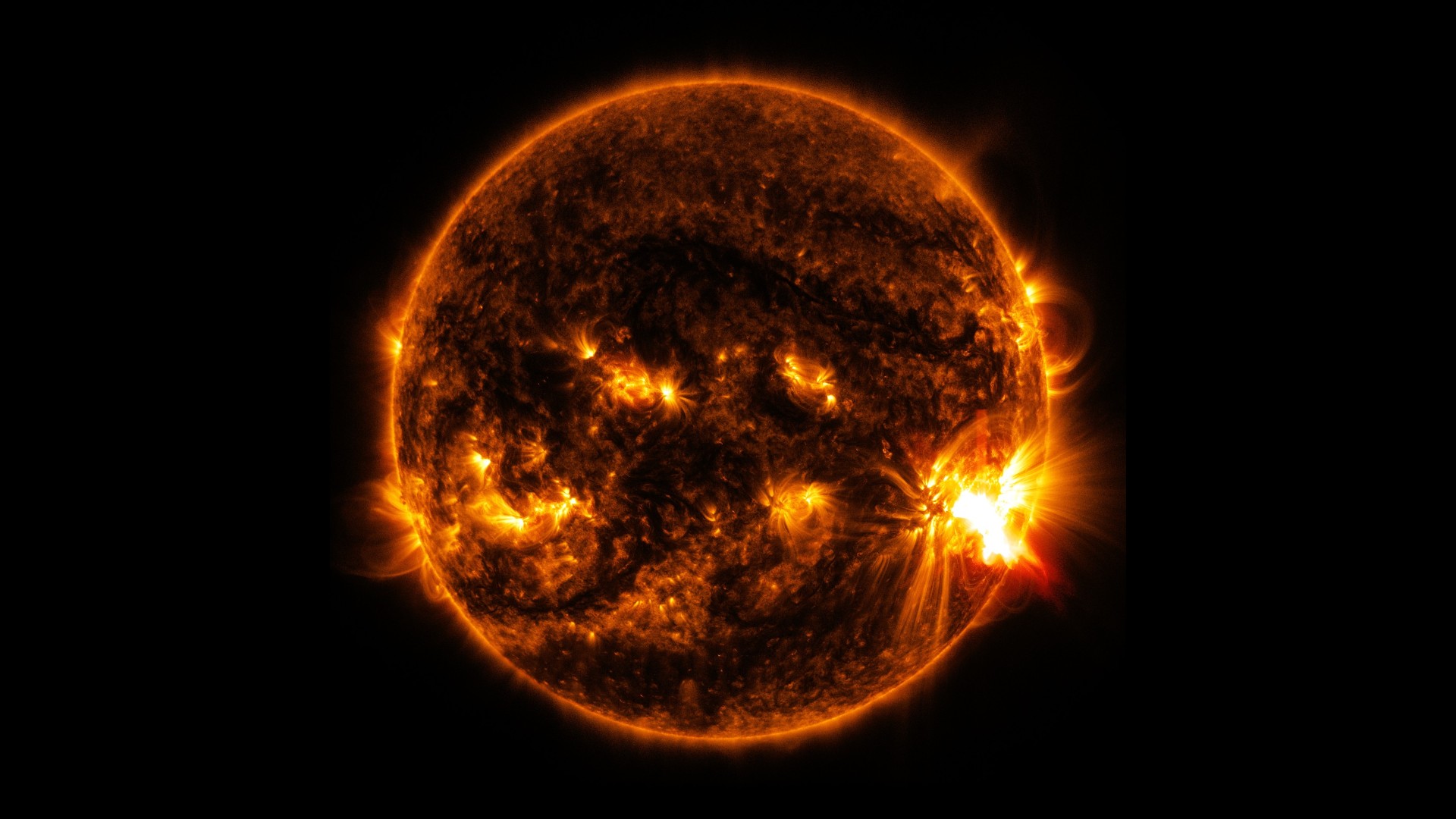 Some solar outbursts are so extreme that they can leave their mark on Earth, a team of researchers found in a 2022 study in the journal Nature (opens in new tab), when they unearthed evidence of fallout from one that hit Greenland over 9,000 years ago. Particles that had been swept in with the solar wind were trapped in ice cores that were later examined in a lab. This particular major event did not trigger a tsunami, but a 2020 study in Scientific Reports (opens in new tab) described a possible link between solar storms and massive earthquakes on Earth — and earthquakes are known to cause tsunamis.

“[We found] evidence for a high correlation between large worldwide earthquakes and the proton density near the magnetosphere, due to the solar wind,” researchers, led by Vito Marchitelli, a satellite analysis expert at the University of Basilicata in Potenzo, Italy wrote in the study. “This result is extremely important for seismological research and for possible future implications on earthquake forecast.”

Solar storms that affect Earth are the result of solar flares or coronal mass ejections, which usually occur when magnetic fields on the sun tangle or break. Both explode with gargantuan amounts of energy and send intense solar winds rocketing into space. When the charged particles in solar winds reach Earth and interact with the ionosphere — the outermost part of our atmosphere on the edge of space — they can cause satellite and GPS signals to glitch, according to NASA (opens in new tab). But interaction with the magnetosphere may do more than that. Earth’s magnetosphere (opens in new tab) is further out than the ionosphere. This is the area in space surrounding the planet where magnetic fields have especially strong effects, and it is shaped by the solar wind running into those magnetic fields. 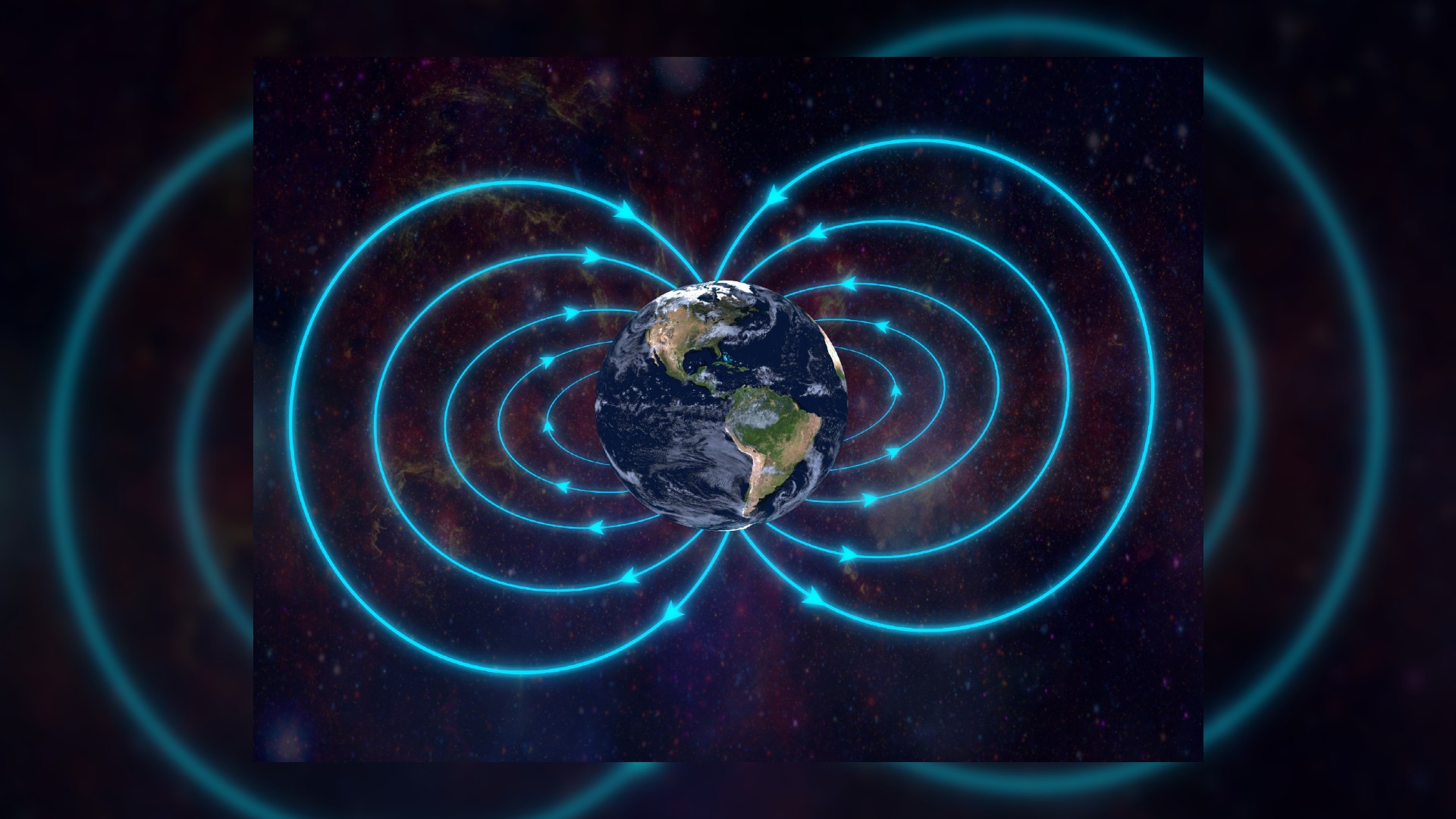 Marchitelli and his colleagues proposed that particles in the solar wind that hit the magnetosphere could impact the intensity of earthquakes. The researchers believe these particles are potentially associated with tectonic plate movement because their electricity could aggravate an existing disturbance, such as subduction, in which one tectonic plate is pushed under another. They reasoned that the more protons were in the solar wind that jolted the magnetosphere, the more likely they were to exacerbate earthquakes, some of which could trigger tsunamis.

However, Marchitelli’s study didn’t examine the number of tsunamis in periods of the high and low solar wind, so this idea is still very much just that — an idea.

There is more support for this thinking. A 2011 study published in the journal Scientific Research (opens in new tab) observed that earthquakes increased during the solar maximum — the stretch of time during the sun’s 11-year cycle when it is most active and most likely to release blasts of solar wind that warp the shape of Earth’s magnetic field. This could put extra pressure on the crust by pushing Earth’s magnetic field against the tectonic plates that lie beneath, influencing tsunami-causing earthquakes.

For now, these findings are still controversial. In a 2012 rebuttal published in Scientific Research (opens in new tab), geophysicists argued that a relationship between earthquakes and solar storms could not yet be proven.

“The influence of the solar activity on earthquakes proves to be an elusive phenomenon,” they wrote in the study.

So, solar storms, which are much more terrifying near the sun than on Earth, don’t directly cause tsunamis on Earth. Regular tectonic activity continues regardless of solar wind activity. Whether the particles released by solar winds really can exert any force on plate tectonics, however, remains a mystery.

Europe Is Sacrificing Its Ancient Forests for Energy