The James Webb Space Telescope (JWST) has snapped a dramatic new image of a spiral galaxy that looks like a celestial seashell crafted from blue and pink gossamer filaments of gas.

The galaxy, called M74, resembles the seashell of a nautilus, whose spiral dimensions are thought to obey the Fibonacci sequence. Also known as the Phantom Galaxy, M74 is located about 32 million light-years from Earth in the constellation Pisces. M74 is known as a “grand design spiral” because of its prominent and well-defined spiral arms. It’s also directly in Earth’s line of sight, which makes the galaxy a popular target for astronomers studying the origin and structure of galactic spirals.

“Webb’s sharp vision has revealed delicate filaments of gas and dust in the grandiose spiral arms which wind outwards from the center of this image,” European Space Agency (ESA) representatives said in a statement (opens in new tab). “A lack of gas in the nuclear region also provides an unobscured view of the nuclear star cluster at the galaxy’s center.” 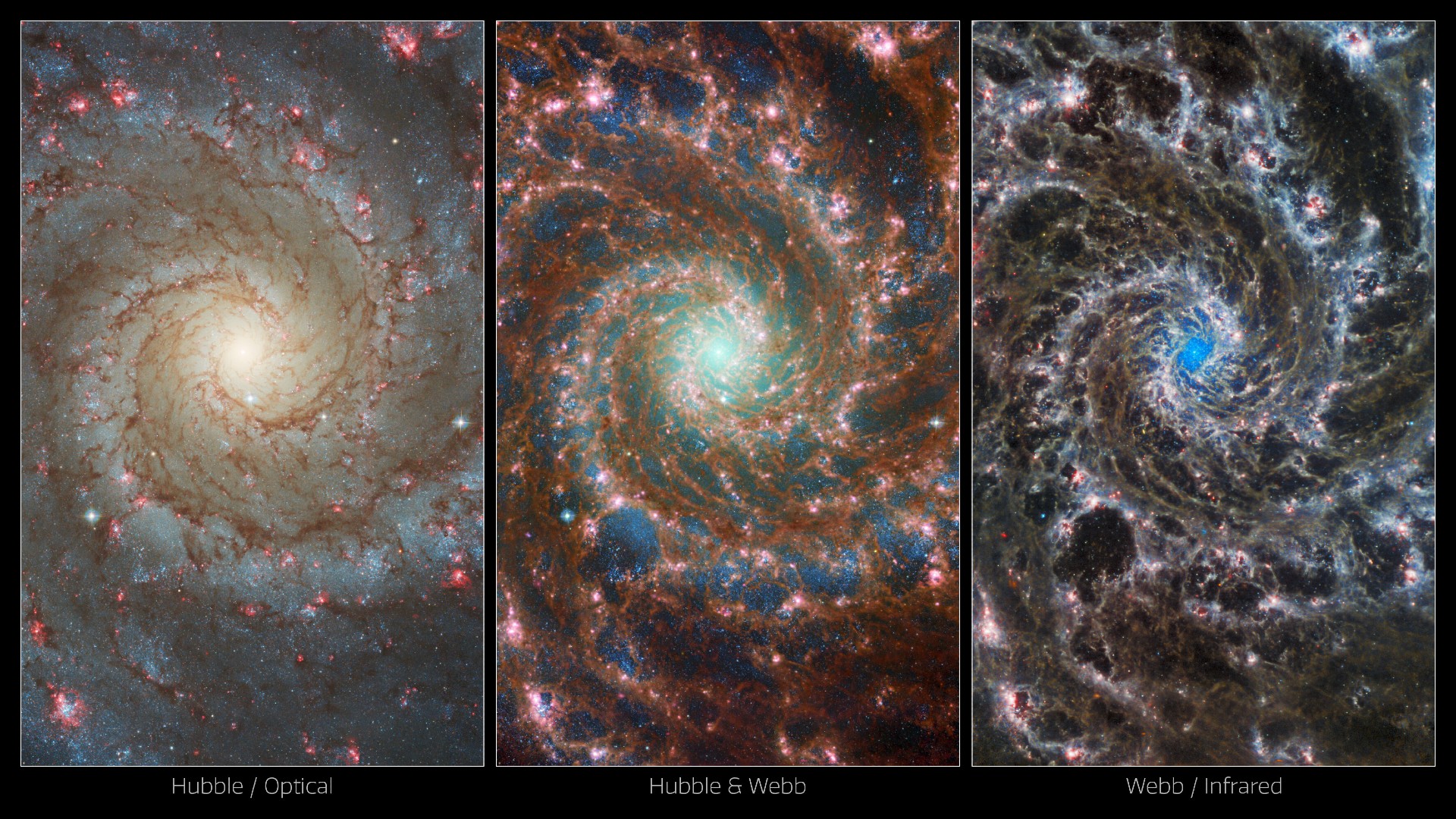 The image comes from JWST’s Mid-Infrared Instrument, which is sensitive to light in the mid-infrared region of the electromagnetic spectrum.

The new image is part of the Physics at High Angular resolution in Nearby Galaxies (PHANGS) survey, a long-running survey of stars, star clusters and dust within 19 galaxies. The goals of PHANGS are to find star-forming regions in those galaxies, measure the masses and ages of star clusters, and learn more about the small grains of dust drifting in interstellar space. 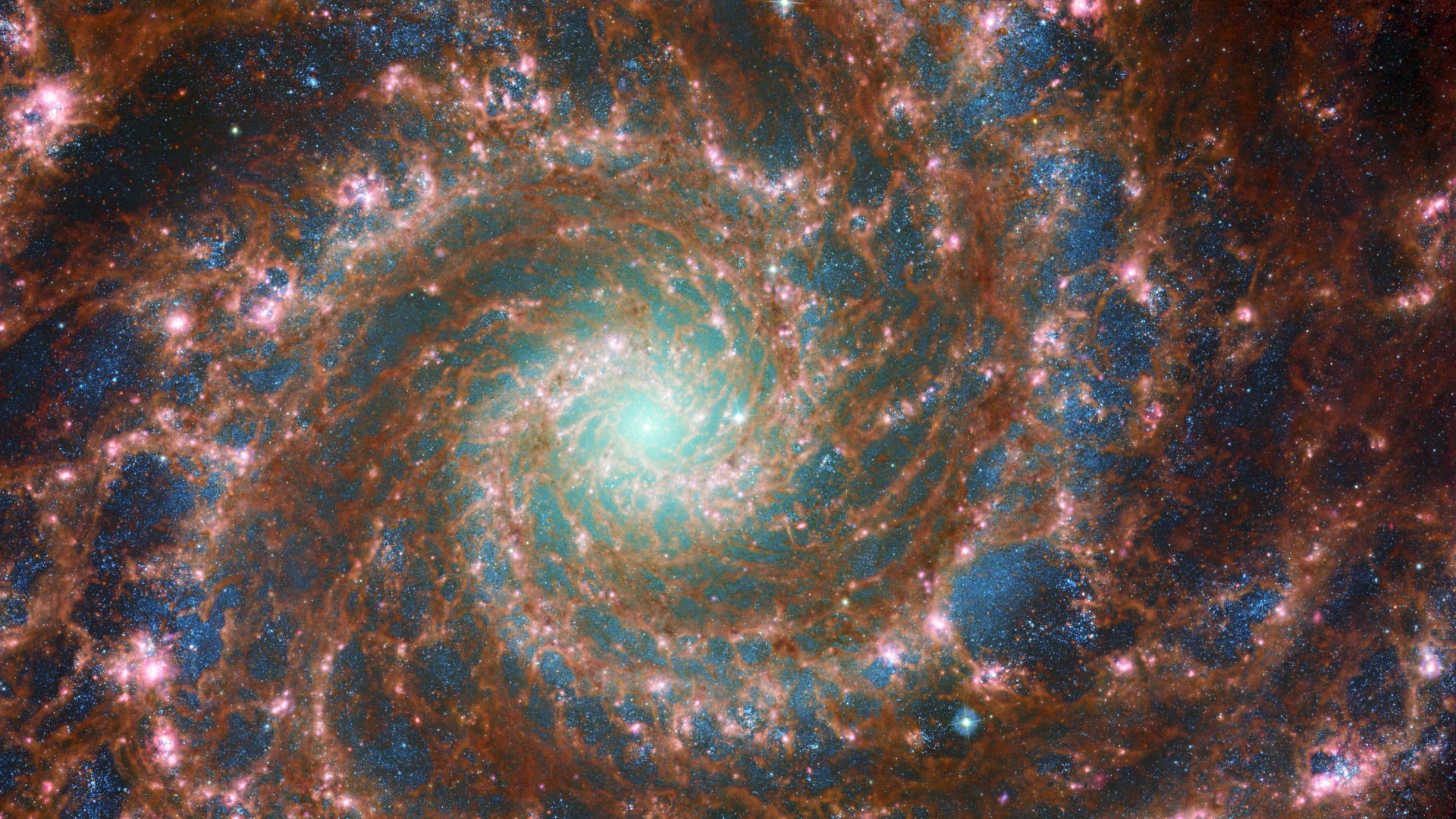 Hubble’s view of M74 shows older, redder stars toward the center, younger and bluer stars in the galaxy’s spiral arms, and stars forming in red bubbles. JWST’s new sharp infrared observations are dominated by gas and dust within the galaxy’s arms as well as the dense cluster of stars at its core.

“This new image [of M74] has remarkable depth,” ESA representatives said. “The red colors mark dust threaded through the arms of the galaxy, lighter oranges being areas of hotter dust.” The young stars throughout the arms and the nuclear core are blue, while heavier, older stars toward the galaxy’s center are shown in cyan and green. Star-forming regions are represented by pink bubbles. “Such a variety of galactic features is rare to see in a single image,” ESA representatives said.